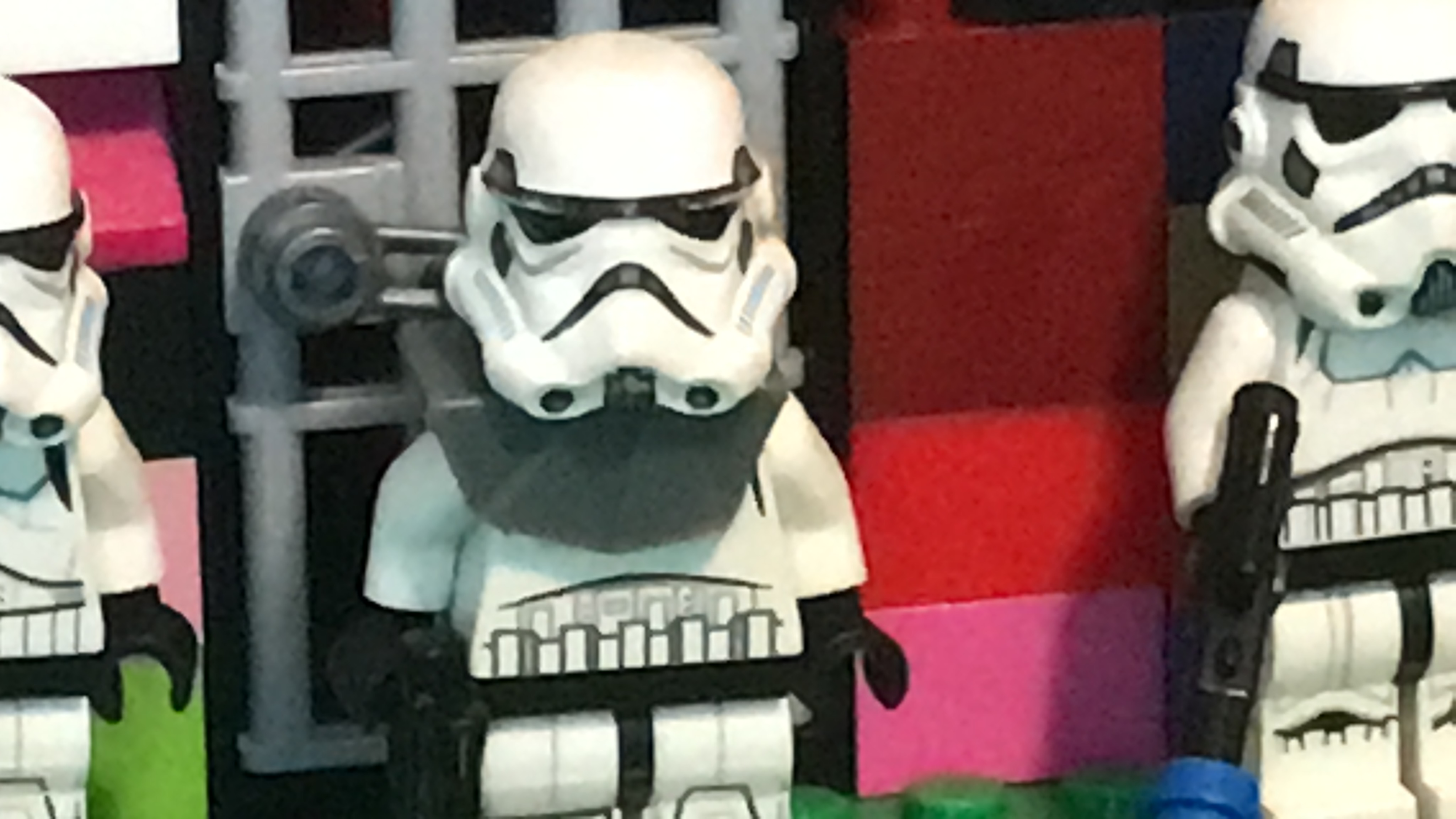 Lights, camera, action! Have you ever heard someone say that? It's a phrase that directors say during filming. This phrase comes out of the Golden Age of Hollywood. We are going to be using the last acronym of STEAM, which is technology, to create the art of a movie. Will our films be blockbusters? No. However, it is important to know the roots of Hollywood and the film industry, what makes it art, and discuss the legendary filmmaker, Oscar Micheaux.

Hollywood is located in Los Angeles, known for its glitz and glamour, star studded residents, and move studios galore. However, Hollywood did not start out glamorous. In 1853, the land of Hollywood started out as an agricultural community. People began buying acres of land, hoping to build ranches, such as Harvey Henry Wilcox and his wife from Kansas. Ultimately, Wilcox sectioned off his 150-acres and west Hollywood began to have upscale, nice houses on Prospect Avenue. By the turn of the century, Hollywood became a small town. A post office, hotel, housing, market, and street car began bringing more residents to this section of Los Angeles. Then, H.J. Whitley, a real estate mogul known as 'the father of Hollywood, stepped in to build up the town of Hollywood. He ushered in upscale neighborhoods and hotels, one which still hosts the Oscars to this day. He was an integral part of integrating electricity into the city. By 1910, Hollywood merged with Los Angeles and Prospect Boulevard between Hollywood Boulevard, home to upscale, upper echelon shopping and restaurants.

The first film studio to appear in Hollywood was in 1911 on Sunset Boulevard. Many major production companies relocated from the east coast due to avoid copyright infringements set by Thomas Edison for his moving pictures patent, and because the weather was pleasant, usually predictable, and a great backdrop for movie sets. Working with William K.L. Dickson, Edison patented his working moving picture camera in 1891, called the Kinetograph, and a viewing machine called the Kinescope. However, linking the sound and motion of the movie together was exceptionally difficult that the silent movie was discovered. Edison stopped working with motion pictures by 1918, moving on to new projects such as the alkaline storage battery which even helped Henry Ford with his Model T car.

By 1923, Hollywood was becoming such a desirable, upscale place to live, the Hollywood sign was constructed by Harry Chandler to advertise the upscale Hollywood Hills neighborhood. It was electric and originally said, "Hollywoodland", however, during the Great Depression, the sign deteriorated. Eventually, it was restored and become an iconic part of Hollywood. It has been featured in many movies throughout the past 50 years.

The Golden Age of Hollywood brought on growth and experimentation of the film industry. It began with the silent movie era with movies by D.W. Griffith, and comedies featuring silent film star, Charlie Chaplin. Once the studios began to incorporate sound, Hollywood became even more affluent and the movie stars becoming even more iconic. The peak of the Golden Age of Hollywood was in the 1930s, and was one of the largest industries i the United States. Movies became a way for people to escape the hardships of life, such as during the Great Depression, transporting themselves to a fictional world for only a few hours. Movies like Snow White and the Seven Dwarves and the Wizard of Oz were produced during the Golden Age of Hollywood. Movies also became propaganda platforms for WWII, and already famous actors began helping promote educational shorts and reels on war preparedness (https://www.history.com/topics/roaring-twenties/hollywood).

There were a number of filmmakers who chose to produce films independent of the Hollywood scene. Oscar Micheaux was one of them. Born in 1884 in Illinois, Micheaux was a pioneer as an African American filmmaker and author, and the forerunner in the production of race films in the early 20th century. A child of former slaves, the idea of black persons during this time was still a heavy burden for those trying to make a living. However, Micheaux was a driven, determined young man. He occupied a farmstead in South Dakota in a pre-dominantly white area, where he began writing. Because of the mindset toward African Americans, Micheaux had a hard time publishing his books. Therefore, he started up his own publishing company and sold door-to-door.

Because Micheaux loved to tell stories, the film industry intrigued him. He wanted another vehicle to tell his stories. In 1919, Micheaux started his own production company and became the first African American to produce a film. Some of his films were based on novels he wrote, and were dominated by all-black casts. The Homesteader was his first silent film he wrote and directed. It starred Evelyn Preer, an upcoming and coming film actress. By 1924, he produced a sound film called, The Exile, which contained parallels of his own life (https://www.naacp.org/naacp-history-oscar-micheaux/).

Micheaux directed and produced over 45 films with the years 1919 - 1948. He became a pioneer for African American filmmakers. His films were the first to be shown in an all-white movie theatre. As an independent filmmaker, Micheaux created his films in a form of artistry. His "race" films, as they were referred to, were a way to introduce the African American community to the prejudice and racism that plagued the United States until the end of segregation in 1964. He was one of the only black filmmakers to succeed in the film industry during the first half of the 20th century. Known for his tenacity, charisma, and skill for promoting his work, Micheaux thrived under daunting and strenuous conditions. His films directly dealt with racism and a consciousness of African Americans trying to live and work in the United States. It was a driving force for his films. Even though low budgets and cutting cost resulted in inferior technology, lighting, and sound in his films, that did not stop him from using his films as a voice for discrimination and racism in the United States, successfully creating movies that survived beyond the Golden Age of Hollywood (https://www.britannica.com/biography/Oscar-Micheaux).

Technology means "the science of craft", and originates from the Greek root word 'techne' which means art, skill, cunning of hand. Therefore both art and science go into the area of technology. Technology is the application of scientific knowledge, the art of skill, to the practical aims of human life. It can enhance or alter the human environment. Using manipulators, technology can be used to improve communication and human disabilities. Seen as both a good and a bad thing, technology has expedited its advancement significantly over the past century. However, while it has its benefits, technology can also have its drawbacks due to the lack of casual imagination and creativity, diminishing social and motor skills, and the ability to leave humans helpless when not working properly.

The film industry utilizes both technology and art. Technology is used for the technical application of lighting, sound, cameras, equipment, and computers to create and produce the movie to put out in theatres. It is also a means of art. Especially in the Independent Film Industry, movies are written and produced on artistic merit, portraying and evoking immense emotions, advocating for causes, and artistically planned out scenes. The camera angle, the lighting, the timing, are all a part of the artistic promise of a film. Computer-generated characters are drawn out by illustrators, then placed on the computer to make them move. The film industry is booming with the elements of artistry and technology intertwined to please the viewer.

Remember, you need ART to be SMART!

Check out our homemade movies: Grayson's LEGO movie and Anya's LEGO movie (coming to a computer screen near you soon).